This scholarship will support students pursuing studies leading to an improvement in our understanding of global change processes and/or translating that understanding into recommendations that shape public policy. The award will facilitate upper-level undergraduate and/or graduate studies in the College of Natural and Agricultural Sciences (CNAS) degree programs. We anticipate funding 3-4 awards ranging in size from $5,000 to $10,000.   Scholarship winners will be announced at the EDGE Spring Symposium on May 20th, 2022.

Upon completion of the award (at the end of the budget time period), the recipient must prepare a formal 2-3 page report on how the funds were expended, including a summary of the research accomplishments (as previously outlined in the research proposal).

Applications are due by 5 PM on Friday April 29th.

How the Scholarship Started

The UCR Geographer’s Scholarship for Global Change Science and Sustainability was initiated in 2021 by six UCR Geography Program graduates of the 1970s, to recognize and commemorate the role UCR played in their 40-year plus professional careers – careers that have been dedicated to understanding the mechanisms of global change and contributing to policies in support of human sustainability. Since then, other Geography alums as well as friends and relatives of alums, have also generously contributed to the scholarship.  The intent is to also support UCR in its quest for excellence among a diverse academic community. Tony speaks for the group when he states: "I credit the breadth of the UCR Geography curriculum and its focus on the many ways that humans perceive and interact with their environment for providing a background that enabled me to develop a professional career spanning the physical, biological, ecological, economic and political dynamics of the natural environment as a science and more broadly as an element of the modern human experience."  View or download information on the six original donors (PDF)

Profiles of the Six Donors Who Founded the Scholarship 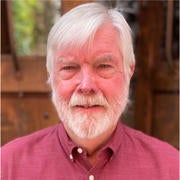 Chuck Hutchinson is Professor and Director Emeritus of the School of Natural Resources and Environment at the University of Arizona (UA). His research has centered on monitoring and understanding the intersection of physical and social conditions in the world’s arid lands, frequently using remote sensing. Hutchinson’s dissertation research was sponsored by the EROS Program of the US Geological Survey. After graduation, he became a member of the technical staff at the NASA Jet Propulsion Laboratory. In 1980, he took over management of the Arizona Remote Sensing Center, at UA. Subsequently, he directed the Office of Arid Lands Studies, and the School of Natural Resources and the Environment. During his time at UA, he was named a Gilbert F. White Fellow at Resources for the Future (Washington DC). He was also detailed from UA to NASA Headquarters Applied Earth Science Division first as Visiting Senior Scientist and then Acting Director. In 2014, he received the Martha Maiden Lifetime Achievement Award for Service to the Earth Science Information Community from the Federation of Earth Science Information Partners. His most recent major contribution was as a main author of The World Atlas of Desertification (3rd edition) published by the Joint Research Center of the European Commission. 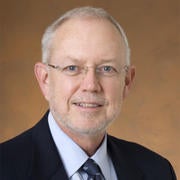 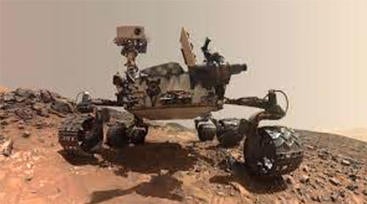 Dave began his career at the Environmental Systems Research Institute (later Esri) in 1969 working on environmental impact assessments, terrain mapping, transportation analysis and geographic information systems. He later moved to NASA’s Jet Propulsion Lab (JPL), where he retired in 2015 as Assistant Director of the Engineering and Science Directorate. At JPL, he had a variety of technical and management assignments, 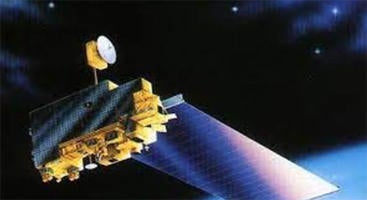 including building the Alaska Synthetic Aperture Radar ground station and processing system in Fairbanks, Alaska, managing the the ASTER (Advanced Thermal Emission and Reflection Radiometer) Science Project (still flying on NASA’s Terra spacecraft) and supporting the development, integration, and operation of several of JPL’s Mars rovers. Dave managed the Systems and Software Division at JPL for 9 years where he instituted initiatives in both model-based software engineering as well as model-based systems engineering. He was a core member of the team that developed the Strategic Vision for Systems Engineering 2025 and then for 2035; both sponsored by the International Council On Systems Engineering. He has over forty years experience in developing and managing software-intensive systems for scientific and environmental applications. 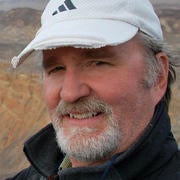 Don recently retired as the Director of Global Consulting Services after a forty-four-year career at Esri, the global leader in geographic information systems.  Using foundational knowledge about geography from the UCR geography program and practical skills about remote sensing and cartography gained working in the UCR Geography Lab, Don worked and directed hundreds of GIS projects for Esri around the world.   His life’s work has been to balance human-made systems with natural systems by designing, developing and deploying geographic information systems for government, commercial, and non-profit organizations to support planners, scientists and policy makers to make better decisions. 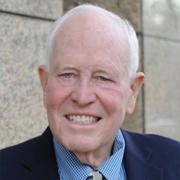 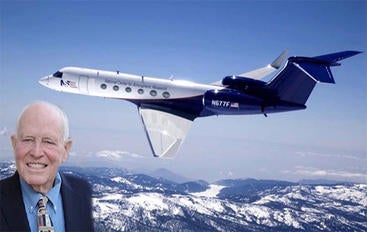 Jim began his career at Caltech’s Jet Propulsion Laboratory where he held several positions, including Member of the Technical Staff and Manager of the Environmental Technology Program. Jim is now retired from the National Science Foundation (NSF) where he oversaw the Earth Laboratory at the National Center for Atmospheric Research (NCAR).   At NSF he was responsible for the acquisition, modification and scientific instrumentation of a Gulfstream V aircraft.   Prior to NSF he was manager of the NASA Airborne Science Program.   At both NSF and NASA, he helped to finance, plan and implement airborne science field campaigns worldwide. 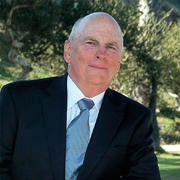 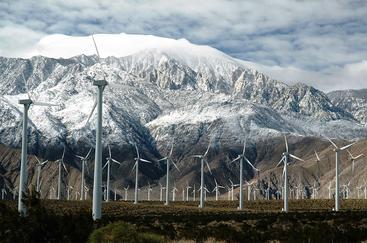 Mike has been Professor of Geography at Arizona State University most of his career.  His teaching and research have focused on the geographical 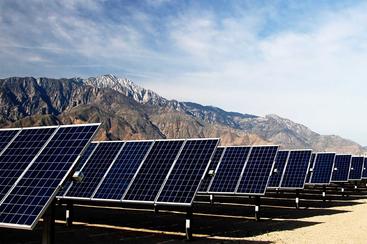 dimensions of energy, especially alternatives to carbon-based fuels.  He was awarded the  Melamid Gold Medal from the American Geographical Society for his contributions to energy studies.  His book The Evolving Landscape (Johns Hopkins University Press) brought together the writings of H. Homer Aschmann, one of the original UCR faculty. His latest book is The Thread of Energy (Oxford University Press), 2022.   Mike was UCR’s Distinguished Alumnus of the Year for 2018. 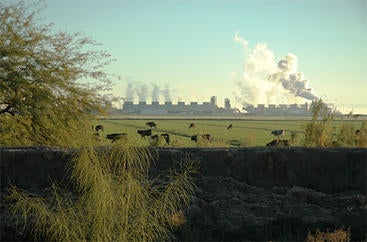 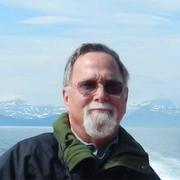 Tony has enjoyed a research and professional career that spans the physical, biological, ecological, economic and political dynamics of air quality as a science, and more broadly as an element of the modern human experience.  He is now retired from the Air Quality Research Center at UC Davis, where he held a Professional Researcher faculty position studying the dynamics of air pollution at regional to global scales.  Prior to UCD he worked in the Research Division at the California Air Resources Board (CARB) and the U.S. Navy Lab at China Lake, CA.  Among his research accomplishment are: identifying chemical fingerprints of Asian dust and pollution and using those to document the near-continuous flux of pollution across the Pacific Ocean; reporting the first continuous record of air pollution at the NSF Greenland Summit Station, detecting pollution from sources across the Northern Hemisphere, as well as volcanic dust from eruptions in Alaska and Kamchatka and wind-blown dust from the Sahara Desert; and developing Artificial Intelligence techniques to diagnose sources of ozone at remote sites.  At CARB he identified the impacts of pollution on water quality in lake Tahoe, worked with a consortium of western states to limit pollution at National Parks across the West, studied pollution’s effects on California agriculture, developed new instrumentation, contributed to major regulatory programs, and developed health- and public welfare-based air quality standards. 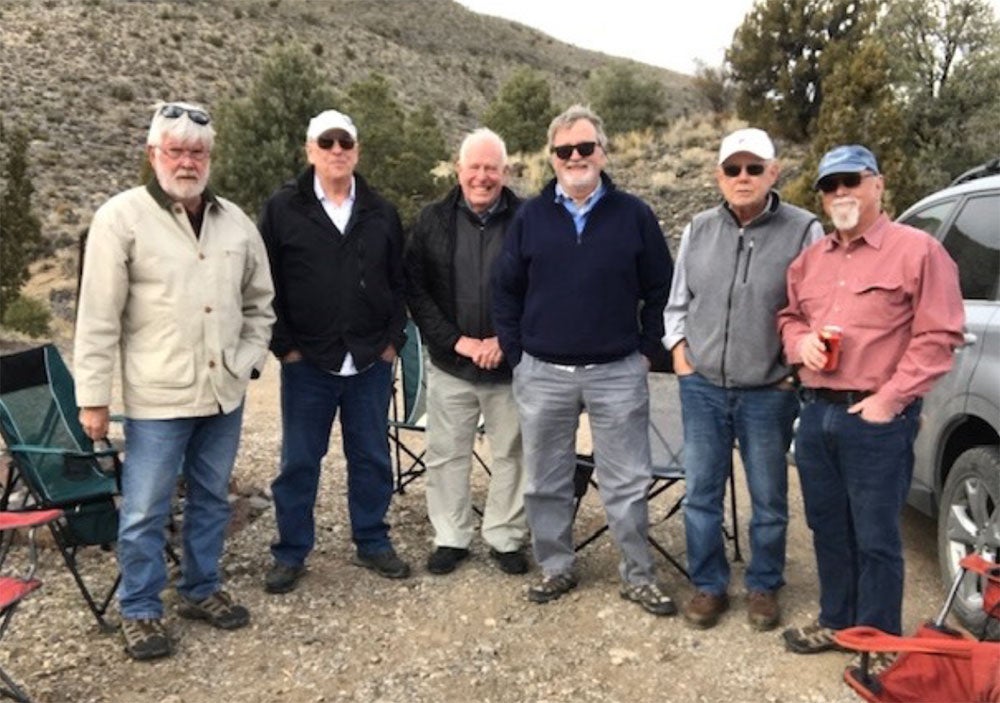 2022 Recipients of the Geographer's Scholarship for Global Change and Sustainability